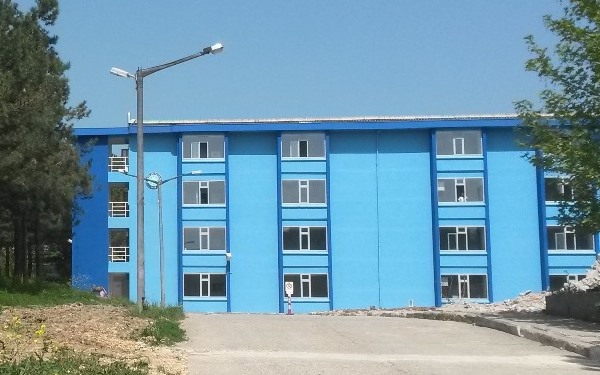 Vocational School of Health Services was established with the letter of Higher Education Council dated 03.06.1985 and started education on Görükle Campus with the Nursing, Medical Laboratory and Radiology programs on 07.10.1985 in the 1985-1986 academic year

The two-year Nursing and Midwifery associate degree programs were closed since these departments were opened at undergraduate level at Uludağ University School of Health in 1997-1998 academic year which was established within the scope of the protocol signed between Higher Education Council and Ministry of Health on 22.11.1996 in accordance with the cabinet decision no 96/8655 on the establishment of Schools of Health in some universities published on the Official Gazette no 22805 dated 02.11.1996.

Vocational School of Health Services, established for the training of assistant health staff to meet the demand for health personnel, trains skilled and equipped health technicians based on the country conditions and awards its graduates associate degrees. Aside from our own classrooms, the students take applied courses at the Central Laboratory of Uludağ University Faculty of Medicine, Microbiology and Infectious Diseases Laboratory, Radiology Department, Nuclear Medicine Department, Anesthesiology and Reanimation Department, Emergency Medicine Department, Central Medical Archive and the clinics, policlinics and all units of the hospital. The school has been using the credit system in 2000-2001 allowing the students to take elective courses both from their own fields and from other areas in order to increase their knowledge in skills outside their own study areas.

The school started off with 70 students and reached 463 as of 05/06/2015 with the inclusion of the Paramedic program with 20 students as the fifth program of the school in accordance with the letter of the Higher Education Council dated 23/09/2009 in the 2009-2010 academic year. The Paramedic program was renamed “Emergency and First Aid”  in line with the decision of the Higher Education Council dated 08/04/2010.

The opening of the Home Patient Care and Elderly Care programs under the Vocational School of Health Services was discussed in the University Senate meeting no 2014-23 dated 11/12/2014 and submitted to the Higher Education Council with the decision no 2. It was discussed in the Higher Education Council meeting dated 08/01/2015 and decided that the Home Patient Care and Elderly Care programs be opened in accordance with the article 7/d-2 of the Law no 2547 changed by Law no 2880. However, no students have been admitted to the said programs in 2015- 2016 academic year due to lack of teaching staff.

(*) Midwifery and Nursing programs are closed.